75% OFF ALL NEW HOSTING PLANS
Security

What is an SSL Certificate, and Do You Need It?

The short answer - Yes, you definitely need an SSL certificate, and there are no reasons to avoid using one.

For the long answer (and it is long), read below.

Is SSL Really Required for All Websites Now?

SSL Certificates were once needed only by big commercial and shopping sites. Nowadays, however, this is a requirement for any website, even simple blogs, portfolio sites, or galleries. Web browsers have begun a transition to a more secure web, and their UIs (user interfaces) have started reflecting on that by showing warnings on sites not protected with an SSL certificate.

When you open a website over a plain HTTP connection (see explainer below) you may get a “Not secure” sticker on the left in some browsers:

To fix this, you need an SSL certificate. SSL stands for Secure Sockets Layer. In layman's terms, it’s what helps create an encrypted connection between the device of the visitor and your website.

When you go to a site with an SSL certificate, like https://www.google.com , you get a reassuring padlock:

An additional benefit (more like a drawback to not having one) is that having an SSL certificate helps you rank better in Google search results. Back in 2014, Google announced that sites using HTTPS will be ranked higher than ones that don’t utilize it (click here for their blog post).

You see these abbreviations a lot, but what do they mean? Aren't HTTPS and SSL one and the same thing? What is TLS then? And how about HSTS? Here are the answers in human words.

Up until 2017 SHA-1 was the most widely used hashing algorithm. In 2017 however, security researches proved the concept of some attacks that were thought possible previously, but never produced in real life. The SHA-1 design was finalized in 1995, and computing power and security requirements have increased tenfold since then. After a Proof of Concept (PoC) was available for the vulnerability in SHA-1, browser vendors quickly deprecated this algorithm and forced everybody to the more secure versions. This change wasn't backwards compatible, and many website owners needed to update their certificates to be compliant.

How Can Anyone Sniff Your Plain HTTP Connection?

It's rather easy and you only need free tools to perform this attack yourself:

The tool above is Wireshark, a packet analyzer that has many different uses. For example, some users may use it to check if their computer is making some unauthorized connections, which would be an indication that malware is running on the computer.

How Do You Obtain an SSL Certificate?

You get it from a Certificate Authority. There are many authorities, and even more resellers. Resellers may sound expensive, but due to the bulk pricing they get, they can usually offer SSLs cheaper than the authorities themselves. Additionally, if you get an SSL from your hosting provider (usually a reseller), you don't need to deal with CSR generations, certificate files, installations, etc. This is all handled for you. Or at least with ICDSoft it is.

Symantec were the owners of several SSL brands: Thawte, VeriSign, Equifax, GeoTrust, and RapidSSL. In late 2017 it was revealed that Symantec was issuing certificates without adhering to the policies agreed by the major browsers. This forced Symantec to sell their SSL business, and the SSL Certificates we offer (GeoTrust and RapidSSL) landed in DigiCert's hands.

Sectigo /previously Comodo/ and DigiCert /previously GeoTrust/ are the commercial SSL providers we work with. Until the appearance of Let's Encrypt, this was the only way to get an SSL certificate - you had to pay for it (actually, there was another CA offering free SSLs - StartCom, but it had to close down). Paid SSL certificates are still used and there are reasons for that.

StartCom were pioneers - they were the first and only SSL authority for a long time that offered free SSL certificates.
Their demise started after they were sold in secrecy to WoSign Limited (based in Beijing, China). It was later found that they were issuing certificates in order to circumvent browser restrictions. Browser vendors quickly reacted and removed the root certificates of StartCom, effectively crippling their business.

There are different types of certificates in different price categories, but they ultimately serve the same purpose - they encrypt the connection between your visitors and your website. We offer several types of commercial certificates which you can check here: https://www.icdsoft.com/en/ssl

Around the time Google was already starting their push to HTTPS, high-ranking personnel from different tech companies such as the Mozilla Foundation and Cisco started a project that provides free and legitimate certificates. It’s called Let’s Encrypt. These certificates offer the same level of protection as commercial certificates, but they are free.

So what's the catch? Well, Let's Encrypt have decided that they will issue SSL certificates for a limited time period only - a maximum of 3 months. This means that the certificates need to be renewed on a regular basis, which isn't suitable for all systems. You need an SSL management infrastructure in order to automate this process and keep your SSL certificates updated. Of course, there is no need to worry about these implementation details when you have an account with us - everything is handled by our Let's Encrypt Infrastructure - issuing, verification, installation and renewal.

In 2016, an interesting story captured the attention of techheads - Comodo, a large Certificate Authority had decided to trademark "Let's Encrypt". You can read more about their decision to do so here - Let's Encrypt - Defending our Brand, and you can also check the comments Comodo's CEO made on their own product forum

What is a DV Certificate?

A DV, or Domain Validated certificate, is the standard SSL certificate which you can get from us, from Let's Encrypt, and from most other authorities. It means that the certificate authority validates only that you have control over the domain name. This validation usually occurs by creating a special DNS record, placing a special file on the domain, or by sending an email to one of the following predefined email addresses:

This is an interesting case because of one of the features often cited in commercial SSL offers (yes, we have it on our page as well) - SSL Warranties. The SSL Warranty is usually several thousand dollars, but so far we haven't heard of anyone getting it. The closest certificate users got to getting their warranties was in the DigiNotar case, but this SSL authority declared bankruptcy only a month after it was revealed that their systems were hacked. You can read more about this on Wikipedia: https://en.wikipedia.org/wiki/DigiNotar

We often get asked if another email address can be used instead. The answer is No. It has to be one of the predefined email addresses. The postmaster account is required by RFC 822 , so every domain owner should have it. At ICDSoft.com all hosting accounts have it by default.

What is an EV Certificate?

EV Certificates, or Extended Validation certificates provide the same level of encryption, but during the issuing process, the authority performs additional checks. The benefits of having such an SSL certificate are dubious, and the fact that popular websites, such as https://facebook.com or https://google.com do not use them adds to the controversy. You may have noticed that some sites have a green bar next to the padlock. Here are screenshots from Mozilla Firefox and Google Chrome which show the way most browsers used to distinguish EV certificates, and the way most browsers are headed now (no visual distinction):

Email certificates are largely the same as HTTP certificates. Our mail servers, for example, use the same Let's Encrypt TLS certificates as our web servers. They secure other protocols there, however, and are respectively called SMTP over TLS, IMAP over TLS, and POP3 over TLS.

OK I Have the SSL, is My Site Secure Now?

A common issue we encounter is that website owners buy a certificate, install it (or have it installed on their server) but their site continues to load over HTTP. The SSL certificate is there, but no one has forced the users to use it - users may have a bookmark pointing to the HTTP version, or their habits may be pointing them there. For this reason, you should implement an HSTS policy, or enable a redirect to HTTPS on your website. This is easily done via our online Control Panel - just go to the SSL/HTTPS section and click Enable on the Force SSL option.

There is a caveat however, WordPress, the most popular website platform, isn't fully compatible with these redirects. See, WordPress stores the full URLs (another one of these abbreviations, meaning your full website address, including the protocol) in its database, sometimes in encoded form. That's why with WordPress additional configuration steps may be required. This article at our FAQ covers the topic, but if you are our customer, it would be easier to just ask our support team to do this for you.

Trying To Switch Your Site to HTTPS?

Did you know that ICDSoft's Support Team Does It For Free?

Can I Safely Accept Credit Card Payments with an SSL Certificate?

Having an SSL certificate is the absolute minimum required for you to process payments, but we recommend outsourcing credit card processing to companies like PayPal, 2CheckOut, or Stripe. For the small increase in fees you pay for each transaction, you get the comfort of having an entire company looking over the security of the payment process and the user's payment details. Our company uses this model as well, and we are pretty satisfied with it.

Security is a Process, Not an End State

Anyone with knowledge of connected systems will tell you that security is a process. There is no final stage where you are 100% secure.

With the SSL certificate you have covered only one side of this process and that is the connection encryption. This protects against eavesdropping, and malicious actors sniffing your networks, but does nothing to the security of your data at rest or to the security of your scripts. If you collect any data from users, you must take proper security precautions, SSL being one of them, but certainly not the last one.

So are You Ready to Go Full HTTPS?

You could go and buy one directly from: https://www.icdsoft.com/en/ssl , but it will be easier, and cheaper in the long run to have a hosting account with a Free SSL Certificate which is automatically renewed. And we will also move your site and switch it to HTTPS:// for you. Get your Hosting with SSL Included at:

I started working in the web hosting business in 2004. My other interests are mountain biking, fine woodworking and raising my kids to be good persons. 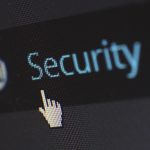 How to Protect Yourself from Hackers 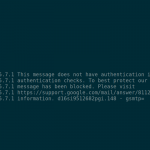 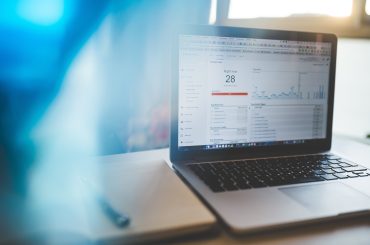 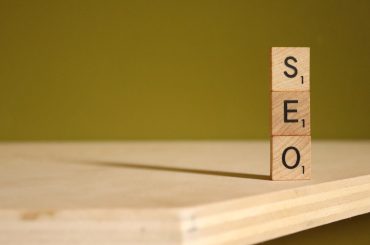 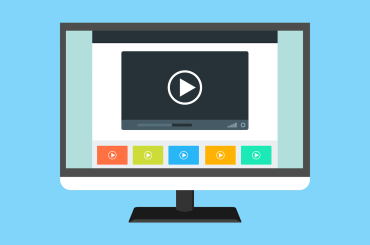 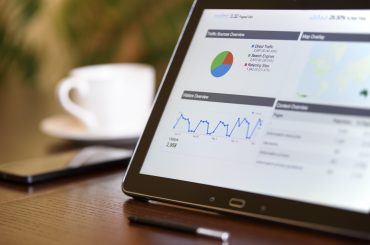 How to Improve the Bounce Rate of Your Website