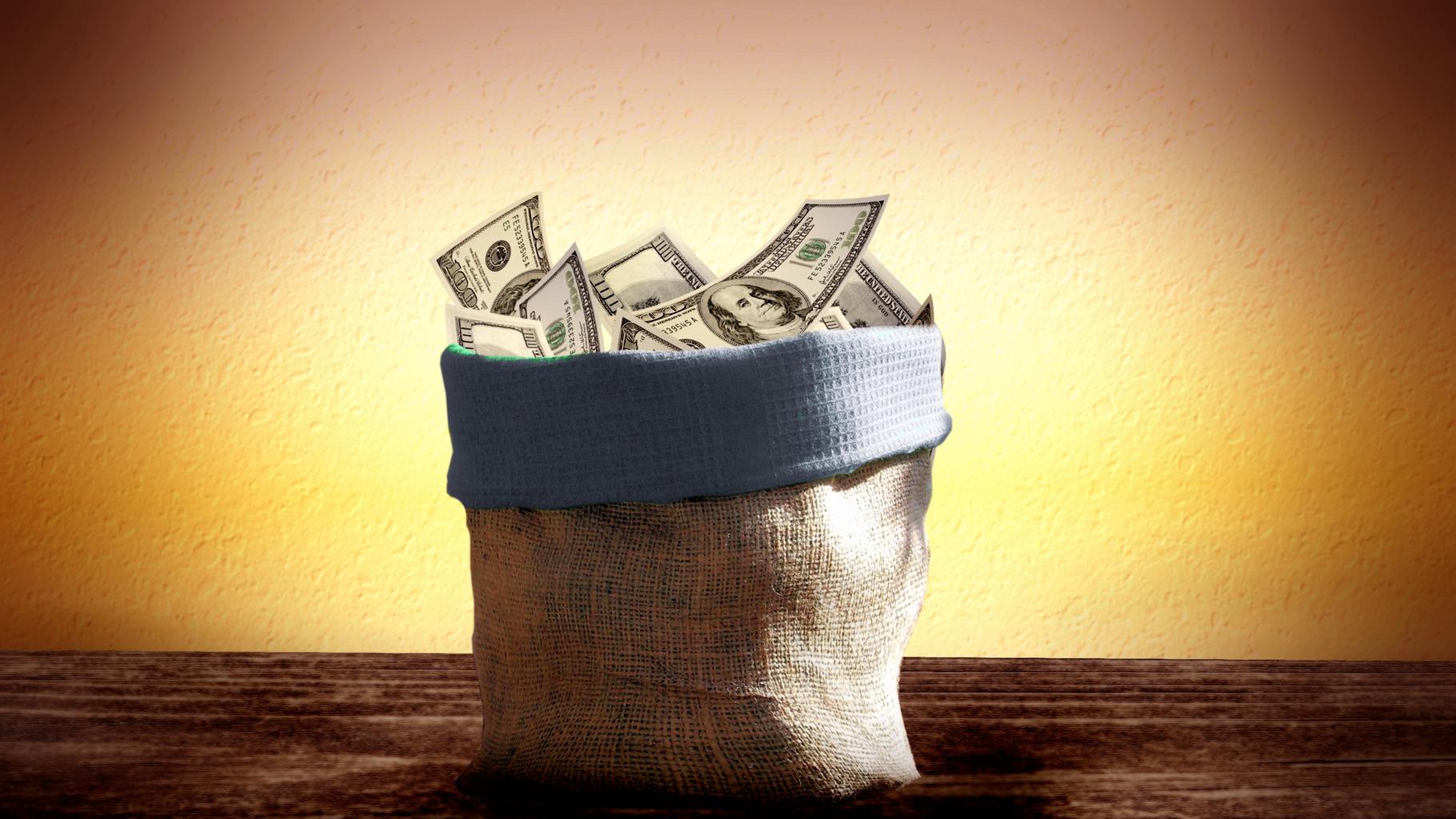 The .ORG Controversy, or How a Private Equity Company Will Manage a Nonprofit TLD

A private equity company called Ethos Capital acquired the .ORG registry organization in November 2019 and will soon run the second most popular top-level domain in the world. This may have great implications on the World Wide Web as we know it and will most likely affect any person or organization that uses a .org domain name. For the first time, a for-profit entity will be in charge of an extension that was launched in 1985 with the intention to be used by nonprofit organizations. Even worse, ICANN, the nonprofit corporation that manages the global domain name system, recently lifted the price cap on the .org extension. This happened a few months before the registry acquisition, leaving domain registrars and industry observers in doubt whether there is a bigger plan behind the curtain which was known only to a handful of people.

This is one of the biggest news stories in the online world for the past several years. It all started in March 2019 when ICANN started a public discussion on a possible price cap removal for .org domains. In case you missed anything, you can read our summary and catch up with all key points of this developing story.

- ICANN – the Internet Corporation for Assigned Names and Numbers is a nonprofit organization that manages the domain name system. It adopts and enforces policies as to how the domain names should work, who should manage them, etc. It also designates registry operators to provide registration services and to keep the master database for each specific top-level domain (TLD).

- PIR – Public Internet Registry is a nonprofit organization that has been managing the .org top-level domain since 2002. It was created by the Internet Society (ISOC) - another nonprofit aiming at the development and security of Internet standards and the adoption of new online technologies in science and education.

How the story unfolded

In March 2019, ICANN proposed a new registry agreement extension to PIR for the management of the .org TLD, which would effectively remove the price cap for the extension. Under the old agreement, which is still in effect for other gTLDs like .com, .net, .info and .biz, domain registries are allowed to increase the price of the extension they manage by no more than 10 percent per year. ICANN justified their proposal by saying the new agreement will be in line with the agreements they have signed in the last several years for more than 1200 new TLDs.

The result was a public outcry. Individuals, organizations, charities, academics, and even domain registrars voiced their concern over such a move, saying that once the cap is removed, there is no guarantee that the .org domain price won't go up hundreds of dollars a year. An interesting fact is that on June 3, ICANN’s Russ Weinstein released a summary report of all official comments the organization received on the topic, and quoted a few of them in favor, and a few against the proposal. What he omitted was that out of 3200 comments from individuals and organizations, more than 98 percent were against the price cap removal. Prominent organizations voiced their concerns over the agreement - YMCA, C-SPAN, NPR, and the National Geographic Society, to name a few.

Nonetheless, the agreement between ICANN and PIR was signed on June 28, 2019 and went into force a couple of days later. The decision was quickly appealed by Namecheap, the third largest domain registrar in the world, with more than 390,000 .org domains at the last count. The Request for Reconsideration they filed with ICANN said that the nonprofit organization went against its own commitments and core values. They also emphasized on the harm the move may cause to the whole Internet ecosystem. The appeal was dismissed on November 4.

And while the future of the .org TLD was already uncertain, ISOC announced on November 13 that it sold PIR to a new private investment company called Ethos Capital. The deal will close in the first quarter of 2020, effectively changing PIR to a for-profit organization. The move took everybody by surprise and sent a shockwave through the online world. Not only was the price cap for .org domains removed, but a private company would start managing the extension. Industry watchers wondered if there was a connection between these two events.

Shortly after that, some interesting facts came out. As it turns out, Ethos Capital is a newly-established company. It acquired the domain name ethoscapital.com at the end of October 2019 through Afternic, a popular domain marketplace. A similar domain, ethoscapital.org, was registered in May 2019 by Fadi Chehadé, a former ICANN CEO. This raises some questions as ICANN and PIR announced the new agreement at the end of June, and there was no sign that PIR would be acquired by another company five months later. Did a small group of people have inside information about what was going on? Or did ISOC/PIR hide information from ICANN and used the new agreement as a leverage to get more money from Ethos Capital? We will probably find out in the coming months.

How will the deal affect the market?

The main concern of the parties that opposed the price cap removal was that once the regulation was gone, there would be nothing to stop PIR from charging exuberant prices for .org registrations. When the agreement with ICANN was announced, PIR published a statement on their website, emphasizing on being a mission driven nonprofit registry. They also mentioned that they would not raise the price for .org domains unless there was a need for that, and any price increase would be sensible and announced well in advance. As it turns out, the statement may have been published just to throw dust in their critics’ eyes.

Now that the registry will be operated by a private company, and there is no price cap, there is nothing but good will that can stop any future price increase. With about 10 million existing .org domains, and a current wholesale price of $9.93 per year, we are looking at $200+ million revenue if the price is doubled to $20. The costs are just a fraction of this amount, and a possible increase may be much higher.

As all other old gTLD registries follow the same agreement with ICANN, some people are worried that other TLDs may soon follow .org. The biggest concern is that Verisign, the company that operates the .com and .net TLDs, may want to negotiate a new agreement, and to get a carte blanche to increase the prices for these two TLDs. If this happens, it will truly shake the online world.

Last, but not least, the way ICANN handled the whole situation attracted a lot of criticism. Namecheap, one of the top registrars that holds millions of domain names, accused the organization of completely ignoring the online community. Not only did ICANN ignore more than 98 percent negative comments to its initial plan to remove the price cap, but it also ignored an appeal by one of the largest registrars. What is more, it turned out the new agreement was adopted by ICANN staff, and not by the board, which is quite unusual for a contract of such magnitude. Not only that, but ICANN did not ask for any assurance from PIR about how the prices would be formed in the future. This undermined the trust registrars, organizations, and individuals have in ICANN as a governing body.

How will it affect you?

If you own a .org domain, you will most likely be affected by the above-mentioned events. The price of .org domains has been increasing by 7 to 10 percent per year for the last several years. As per the old registry agreement, PIR have used their right to increase the price every year with no exceptions. It is likely that the price will keep increasing, but with no contractual cap as to how much the increase can be, there is no safety net on how much you would have to pay for your domain once the PIR deal is finalized next year.

If you own a .ORG domain name, one thing you can do is renew your domain name for several years ahead at the current pricing. The maximum period you can renew a domain name is 10 years from the current date.

If you plan on keeping your website live for a while, especially if you run it for an organization, this may save you a lot of money in the future.

Some questions are still to be answered by the parties involved in this story, as they have to try to restore some of the trust they lost. While some things will probably never be known to the public, the Internet community deserves some answers.

The controversial deal has sparked quite a lot of comments in the online community. The Electronic Frontier Foundation (EFF) and the Internet Commerce Association (ICA) sent letters to ICANN, and an online petition to save the .org TLD was started. Opinions range from respecting the deal, but adding some form of price regulation, to completely renouncing it. 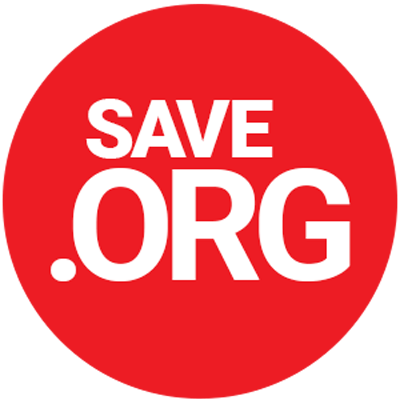 As millions of domain owners around the world are affected by this story, we will continue to monitor how it develops. Meanwhile, you can go ahead and renew your domain names, or register new ones, at the current (still low) price. We still offer .org domains at cost.

I started working in the web hosting business in 2004. My other interests are mountain biking, fine woodworking and raising my kids to be good persons. 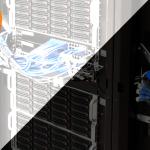 Apache with FastCGI vs. LiteSpeed? Which Makes WordPress Faster? 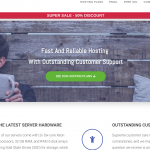 How to Start Your Own Hosting Company At Home – the Complete Guide. Part 1 – Setting It Up. 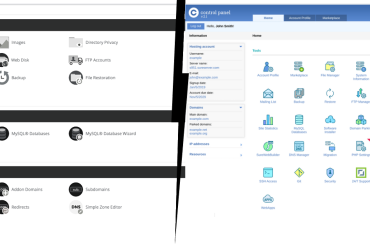 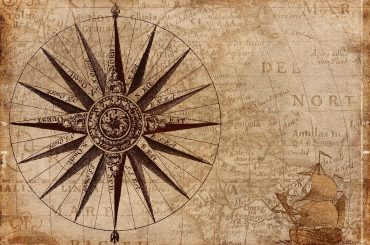 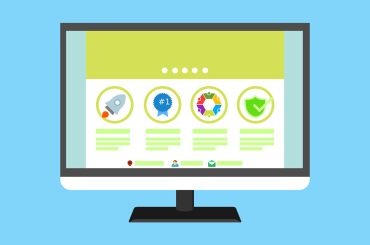 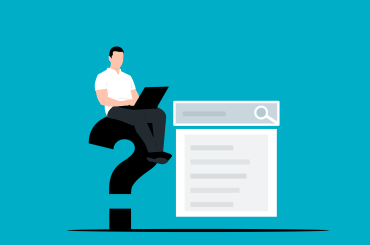